The world’s oceans cover over 70% of the earth’s surface and hold more than 95% of the earth’s water. This massive body interacts with the atmosphere to produce meteorological changes and over geological timescales, to create sedimentary rocks, and to store and release carbon in the earth system.

How do the oceans impact climate? How has the climate changed in the past and what can we learn from these changes to better understand our climate? What are the primary mechanisms for change in different parts of the world? And how have these changes affected the evolution of life on Earth? These are the questions that drive my research, the answers to which can hopefully be found in geologic records.

I conduct research primarily on past climate and oceanographic change. The goal of this field is to gain insight into the climate system—and the interactions between rocks, ocean, atmosphere and biosphere—by examining patterns of patterns of past change. My research uses geochemical tracers of environmental change, which are left behind in ocean sediments, to investigate past climate. I use an approach that combines reconstructions of ocean temperature, salinity, ice volume, and atmospheric CO2, along with other climate forcing factors. A generalist summary of a recent scientific article I wrote is here. 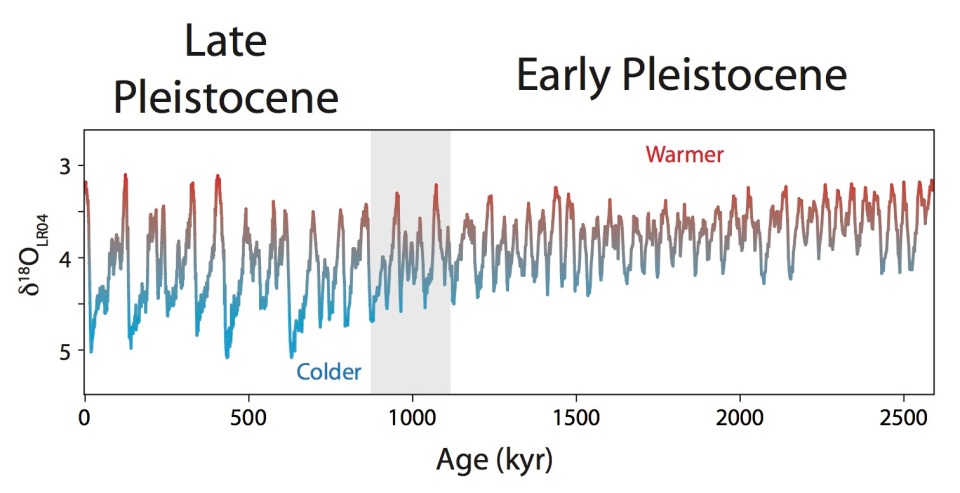 Early Pleistocene glacial cycles are shorter in duration than the Late Pleistocene and glacials are less intense. Study of these periods leads to insights into why recent glacials were more intense and how CO2 passed through the ocean/climate system.

The tropical Pacific surface temperature is today distinctly assymetric. While the eastern Pacific exhibits a ‘cold tongue’ of cooler surface water that extends from the the coast of South America along the equator and is characterized by cool, nutrient-rich upwelling, the western Pacific warm pool holds some of the warmest seawater on the planet. The tropical Pacific plays a major role in global climate; insights from past changes in tropical Pacific SST allow for greater understanding of the climate system.

Pleistocene glacial-interglacial cycles in the tropics have evolved through the past two million years, though not necessarily in the same ways as climate in higher latitudes. Sensitivity to climate changes is amplified at the poles; looking to the tropics is a way to further constrain the lower bound for mean changes in global temperature.

Anthropologic material from the California coast reveals past oceanography

Over the past 1.5 million years, interglacial periods represent some of the warmest periods of non-anthropogenic climate change.  The Holocene (11,000 years ago to present) offers a recent glimpse into the mechanisms of variability for these warmer intervals. Here we document early human society along coastal California as seen from the perspective of sea-surface temperatures, oceanographic upwelling, and precipitation, which can be derived from geochemical signals found in coastal mussel shells. 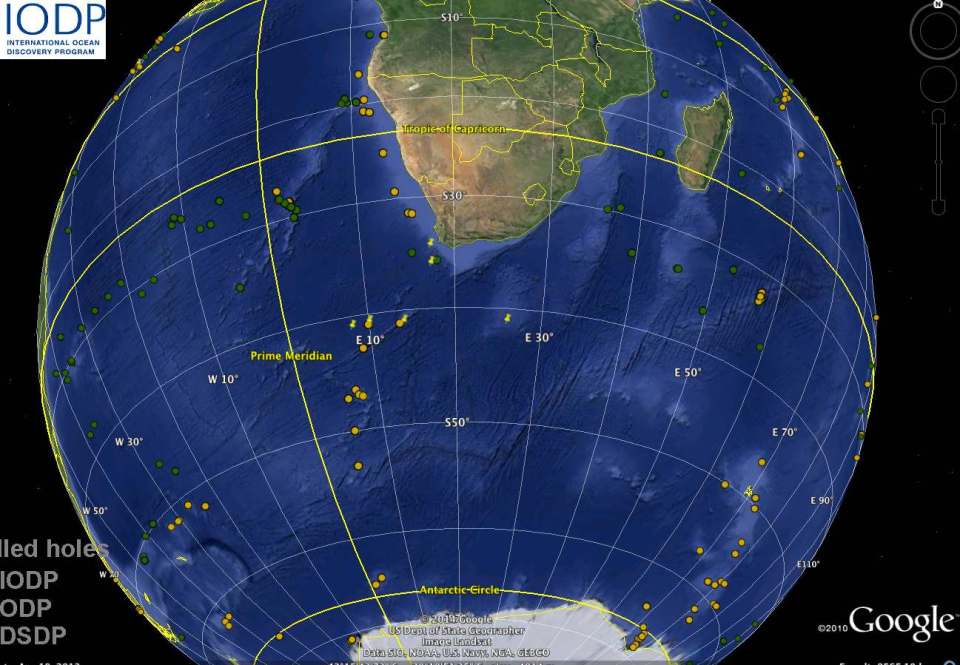 I am also interested in how the ocean changes in the high latitudes have the potential to trigger, amplify, or buffer changes in the Earth system on timescales of hundreds to thousands of years. The Agulhas Current, connecting the Indian and Atlantic Oceans, is one region that offers a complex but important cog in the the global ocean system. Today most of the warm salty surface water flowing from the Indian Ocean is retroflected back to the east, south of Madagascar, but a few eddies, “rings” of warm salty water are spun off and end up in the Atlantic ocean. The heat of this water can be dissipated, but the salt content of such Agulhas “leakage” has the potential to influence the strength of overturning circulation in the Atlantic on relatively rapid timescales. My work reconstructing surface temperature and salinity shows how some of these processes changed in the past.